By Carmel Jones . 3 years ago

What Girls Don’t Want to See On Your Hookup Profile

Ok, so you’re a guy who is looking for a girl on a hookup website and you’re wondering what the ideal woman wants to see on your profile. It seems simple in theory: Nice photos, some humor, and some genuine facts about yourself that are just slightly more adult than the things you might have said in a group-exercise at summer camp. But, like all forms of dating and hooking up, sex app culture has its own set of politics and mini-societal rules that govern what is hot and what is not on a dating profile. Upon doing some research of females who frequent hookup apps, looking for new people to bang or otherwise, we’ve listed some of the things that most women don’t want to see. When  you’re on a site to be turned on, the last thing you want to do is turn your potential fuckbuddy off. So, here are some of the that turn ladies off on your sex site profile:

What do I mean? Well, it’s the photos of you at the club surrounded by girls and bottles. Or perhaps, it’s the not-so-smooth one misogynistic one-liner in your profile. As a general rule of thumb, if you feel even 1% douchey adding it to your profile, don’t add it! Women can smell douchiness from the 2.2 miles away that is listed on your hookup app. Just avoid it. I know that you are on a hookup site and not a romantic site, but the policy still remains: douche doesn’t equal hot. It’s something that holds up pretty much across the board. So, if you are trying to communicate that you are a stud in the club or that you’ve got a sense of humor, try to be more creative about it rather than flaunting the bottles and models pic.

This falls under the umbrella of douchebaggery I suppose, but takes it to a whole new level. Men often attempt to put up some gym selfies in an effort to show off their hot bods to ladies. But, to most women, this comes across as a little too self-absorbed and meathead-ish. The message you are trying to convey is that your body is hot and you are talented in the bedroom, but instead, you are relaying that you are an insecure bonehead… which isn’t very sexy. Instead of showing off with a gym selfie (women don’t care how you got your bod, just that they’re attracted to it), try floating under the radar just a tad. For example, maybe a shirt that’s a little snug or a casual shot on the beach would serve you better. Here’s one thing you should know: Women are detectives. They will find out what they want to know, so something as obvious as a gym selfie is almost an insult to their natural ability to discover for themselves what they are interested in.

It’s 2020, and if anything should be clear to daters and hookups it’s that fetishizing race is not hot and it’s not cool. So forget anything on your profile that suggests that you are into a particular race. Making it cute only makes it worse. For example, turning races into foods that you find sexy (like proclaiming that you love ladies who look like chocolate) is going to swiftly cut your stock by at least 75%, and that’s just the truth. Unless explicitly told otherwise, people don’t want their race sexualized, which is precisely what you do when you bring it up on your hookup app. If your hookup asks for it, then by all means! I encourage two consenting adults to get as freaky as they wish. But before that conversation is had, consider it a firm no.

Most of the suggestions on this list advise against going over the top, but you don’t want to be bland either! You are on a hookup app after all, you want to use your profile to seduce. So, what does blandness even mean on a dating profile? It’s usually pics of guys who are business casual, often in photos with tons of other guys who are also dressed like they are about to play golf, and there’s nothing silly or even a hint of personality in their bio. That is bo-ring! Nothing about that says kinky hookup. It says awkward missionary, which isn’t going to get you far on a sex site. You can add some sprinkles to an otherwise vanilla scoop by adding a picture of yourself having a good time. Or, you can write a quirky fun fact about yourself in your bio. Aloof might be sexy in real life, but in the world of apps, it’s just straight-up lame.

Lame opening lines (without any irony)

If you’re a self-proclaimed funny guy, perhaps this section isn’t for you. There is something that some ladies appreciate when they get age-old lines like, “Did it hurt… when you fell from Heaven?” It’s just so cheesy that we know you’re joking, which provides some room for some silly witty banter. However, overly sexual lines popped in without any irony lends itself to the opposite effect. This is less about the body of the profile and more about the chat, but it’s worth noting. Steer clear of these one-liners if you are actually trying to use a dating app to get into someone’s pants. It reads as creepy to most women, rather than sexy or even endearing. There’s nothing that shoots up a red flag for a girl using a hookup app like feeling creeped out by someone. Don’t be that guy, you are shooting yourself in the foot! 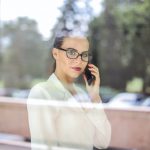 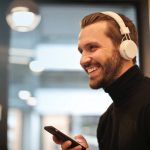 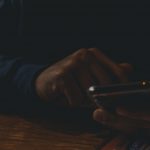