By Kayla Lords . 5 years ago

What to Do When a Hookup Gets Awkward

The conversation was good. You thought the night would end well — with naked, sweaty sex. But now, it just got weird. You’re no longer into this person, and you want out. Now.

Before you start scheming about busting out of a bathroom window or jumping out of your Lyft ride, stop for a moment. You’re a grown-ass adult, and you should act like one. As long as they’re not giving off any violent vibes, you can do this.

Whether you’re not even in bed yet or your clothes are all over the floor, here’s what to do when a hookup gets awkward.

“Um, excuse me, what did you say?” or “Did that really just happen?” are both legitimate things to say when you’re not sure what the hell is going on. If it weirds you out, speak up. Maybe it’s just something you’ve never seen before. Maybe you heard them wrong. Whatever has happened (and when strangers hook up, weird things will happen) might have a reasonable explanation. But sitting there, feeling awkward AF, and not saying anything isn’t a good look.

Of course, this means you’re going to have to listen to whatever they tell you and decide what you want to do next. Maybe they really did just stink up the place with uncontrolled farting or maybe their brother really does think he’s about to watch the action. If you’re good, laugh it off, and keep going. But if not…

Don’t freak out. Okay, maybe, if their brother is watching you get naked, freak out a little. Be pissed off or weirded out. But stay polite. If you go off and lose your cool, things could get worse. Take a deep breath and realize all you’ve got to do is get out of this situation. Something like, “This isn’t my thing, and I’m going to leave now” is fine.

State your intentions — like running as fast as you can — and then follow through. But don’t pick a fight, don’t start with the insults, and don’t threaten violence. That’s how you end up explaining this weird as hell situation to a police officer. Keep your cool, and you’ll be out of there soon enough.

And by “gracefully” I mean don’t knock your hookup off the bed and run out with your pants around your ankles. You’re an adult, remember? As long as you’re not being threatened, stay calm. Make it clear that this isn’t working for you, and you’re out of there. If things have gone from weird to scary, you might want to be careful about not making any sudden moves.

Maybe it’s not that dramatic. You might just not be into it — or your partner — anymore. They’re okay, but you’d really rather be somewhere else. You don’t have to be a dick about it. They might get angry, and that’s on them. You handle your business, be a decent human being, and then leave.

Try Not to Ghost

This is a hookup so no one should have an expectation of a lot of conversation the next day, especially if you left early. But if they text you or message you, don’t completely ghost on them. Tell them you’re not interested or it’s not going to work for you. But definitely respond at least once.

You might get someone who won’t leave you alone or won’t take no for an answer. Once you’ve told them it’s done, ignore them if you need to. Block them if it gets ridiculous. Avoid lying, though because that’s never a good look. A simple “I’m not interested” really is enough. If they can’t take the hint or don’t want to let it go, that’s on them.

Hookups should be the easiest way to have a good (and sexy) time. No strings. No commitment. No expectations. But things can still get weird and awkward. It’s okay if you’re not sure what to do. There are two easy rules to follow: Don’t be an ass. Treat this person the way you’d want to be treated. And when all else fails, calmly pick your clothes up and get out of there as fast as possible. 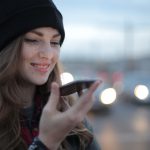 Phone Dates Will Help You Survive Your Family During The Holidays November 23rd, 2022 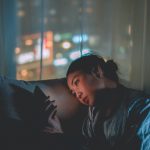 Are You Picky Enough On Phone Dates October 28th, 2022 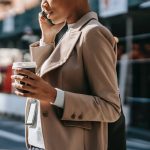 Why Phone Dating Is Perfect For Straight Women October 10th, 2022